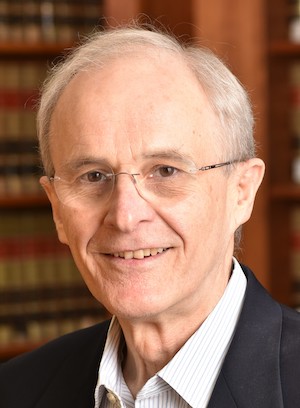 For more information about this Project email lopucki@law.ucla.edu

Lynn M. LoPucki is the Security Pacific Bank Professor of Law at the UCLA Law School

What is the Stakeholder Takeover Project?

The Stakeholder Takeover Project is a plan for corporate stakeholders to use their market power to force corporations to act in socially responsible ways. A corporation’s stakeholders are the employees and managers who work for it, the customers who buy from it, the suppliers who sell to it, the lenders and investors who provide its capital, and the communities in which the corporation does business. To act responsibly means to act in a manner that saves the planet, preserves the environment, provides meaningful and secure employment, respects human rights, treats people fairly, and improves peoples’ lives.

The project is based on five premises:

Studies show that large majorities of customers are willing to pay more for the products and services of responsible corporations. Fifty-five percent of surveyed Americans say they would take a pay cut to work for a responsible company. Forty-four percent “worry a great deal about climate change” and twenty-six percent of total US-domiciled assets under management are invested using socially responsible investment strategies.

Stakeholders supply all of the corporations’ resources. Acting collectively, stakeholders can change corporate behavior by preferring responsible corporations in all their dealings—as customers, employees, suppliers, communities, investors, and credit extenders.

The Global Reporting Institute (GRI), Sustainable Accounting Standards Board (SASB), and other non-governmental organizations have promulgated competing reporting standards. Governments and corporations have begun the process of choosing the best.

Stakeholders need to insist that the reporting standards chosen will provide all stakeholder groups, not just investors, with the information they need to effectively express their preferences in market choices. Once a set of standards are chosen, they will be difficult to change.

An effective information system would enable stakeholders to control corporations. The ramifications are huge and complex. Stakeholder control would extend potentially to any change in corporate behavior that had widespread potential stakeholder support.


What are the Objections?

So far, there are thirteen: (Click on each objection to view its response.)

True, but stakeholders won’t be deciding what products or services corporations should make or how much corporations should pay their executives or employees. Stakeholders will make only the decision they have always made—what products or services they want to buy and from whom, what employers they want to work for, what corporations they want to invest in, and what corporations they want to attract to their communities. Hundreds of nonprofit and for-profit organizations are already digesting corporations’ social responsibility reports and comparing the corporations’ levels of social responsibility. Organizations publishing rankings include Newsweek magazine, Barron’s magazine, GreenPeace, and CDP. Stakeholders already decide whether to use their market power to reduce greenhouse gas emissions, eliminate air and water pollution, punish corporate lawbreakers, eliminate child and forced labor, improve employee working conditions, or accomplish something else. The difference will be that they have much better information. Corporate directors, shareholders, and managers will continue to decide how to achieve corporate goals. But stakeholders will be setting those goals.

They don’t have to. Shareholders, directors, and officers will continue to make the corporation’s decisions. Those decisions will be constrained by the stakeholders’ market decisions, but that is nothing new. Corporations will respond to market control as they always have—through a combination of efforts to give customers what they want and to change what customers want through advertising. Tobacco companies denied the health effects of cigarettes for decades. Oil companies have economic incentives to deny the climate effects of fossil fuels. Transparent, standardized information integrated into ratings and rankings made available at the point of decision-making will shift power in favor of the stakeholders. By publishing corporate responsibility reports and asserting in advertising that they are responsible, corporations have already accepted responsibility as the right path. The information system need only force corporations to actually do what they claim to be doing already. Corporate social responsibility gives officers and director the opportunity to be the good guys. Most will welcome that opportunity.

Corporations collect and report their own financial data, and sometimes they do cheat. Corporate cheating on social responsibility reporting will be controlled by the same methods used to control cheating in financial reporting. Independent third parties—including CPAs—will audit the reports. Governments will regulate, whistleblower protections will apply, and shareholders and other injured parties will bring class actions against officers and directors caught cheating. As with financial reporting, social responsibility reporting won’t be perfect, but it will be adequate to do the job.

Some corporate responsibility issues are controversial and so are divisive. But others, such as reducing greenhouse gases and other forms of pollution, obeying the law, providing safe working conditions, not benefitting from forced labor, maintaining a diverse workforce, and safeguarding human rights have widespread public support. Those are the issues on which reporting will be required. Reporting on controversial issues would be pointless. It would not enable stakeholders to change corporate behavior because the corporation would both gain and lose from any stance it takes.

They will if the consequences of not reporting are worse. Once a core of large, public companies reports to the same set of standards, the corporations that report will appear at the top of the rankings and those that do not report will appear at the bottom. (This already occurs.) If stakeholders respond to the rankings by favoring the reporting companies, the non-reporting companies will be pressured to report. Unless government mandates comprehensive reporting, the reporting decision will not be all or nothing. Companies strong on human rights can report only on human rights; companies that provide good working conditions can report only on working conditions. The more corporations report and the stronger the public response to reporting, the greater will be the pressure on nonreporting corporations to start reporting. The Securities and Exchange Commission is already considering whether it should require standardized corporate social responsibility reporting.

Corporations that lose under the best rating and ranking systems may apply their superior resources to promote inferior systems under which they win. Arguably, corporations have done that in other fields. Examples are automobile rating and bond rating. Producers funded second-best raters and enabled them to dominate. That may occur with respect to corporate social responsibility rankings even after reporting is standardized. An important difference, however, is that some of the information used to rate automobiles (repair records) and bonds (the quality of mortgages in particular mortgage pools) is not publicly available. Corporate rankings can be based solely on publicly available data. Public debate may enable the public to reach a consensus. That consensus will not be that a single corporate responsibility ranking is best. It will be that a single corporate responsibility ranking is best for stakeholders with a particular set of values. The ranking system that ultimately dominates will be the one based on the values most widely shared.

Some aspects of corporate social responsibility cannot be captured meaningfully in numbers, but others can. GRI, SASB, and dozens of other organizations have proposed thousands of standards that make it possible to measure aspects of corporate social responsibility both meaningfully and numerically. Many of those standards specify how the reporting corporation must calculate a quantity. For example, GRI standard 302-1 requires the corporation to report “the total energy consumption within the organization, in joules or multiples” and “the total fuel consumption within the organization, in joules or multiples.” The corporation must break that consumption down by “fuel types used” including whether the type is renewable or nonrenewable. Similarly, GRI standard 416-2 requires that, with respect to the health and safety impacts of its products and services, the corporation report “the total number of . . . incidents of non-compliance with regulations resulting in a fine or penalty.” If presented along with appropriate information on the scale of the corporation’s operations, both these numbers would be comparable across corporations and meaningful.

To prefer socially responsible corporations in their transactions, stakeholders must know which corporations they are. The system that will provide that information is almost entirely in place, but not yet effective. It will become effective only when substantial numbers of corporations report to the same set of standards. If no single set of standards emerges, the government may choose one for them.